The Triangle Poster Istanbul Campaign
The poster and origami invite was designed by Romeo Vidner from re-public. 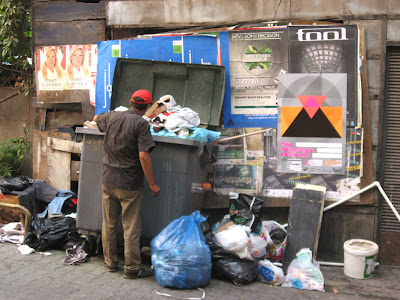 This was the flyer, inside art imagery and front of the CD cover that was made
for the events the group participated with in New York.

We had a local poster sniper team all over Istanbul... 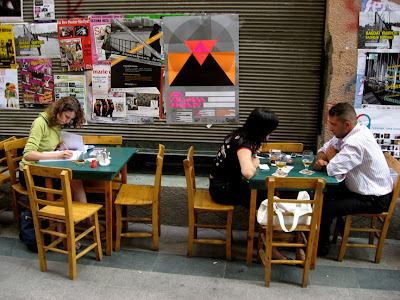 Here the Triangle artists are folding the invite origami before
an evening out in town, to invite the people of Istanbul.
It was folded into a triangle that with the help of Pistol Pete's folding
skills and instructions, became a small tight closed object. 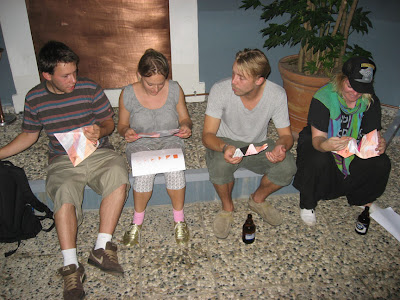 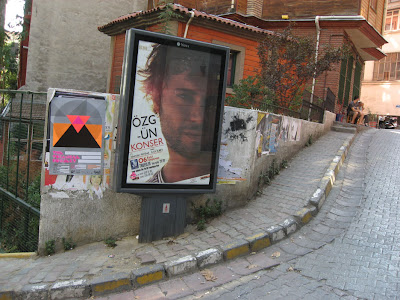 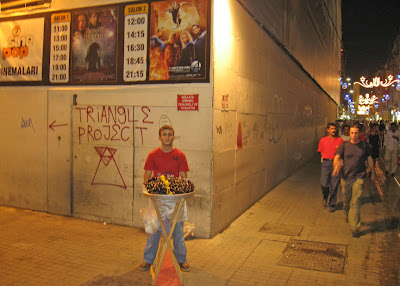 The mussels sold by these street fastfood sellers, are with rice and hot spices
with a good squeeze of lemon. Good for late night potency, it has been told.
Posted by Jacob Fuglsang Mikkelsen on 9/22/2007