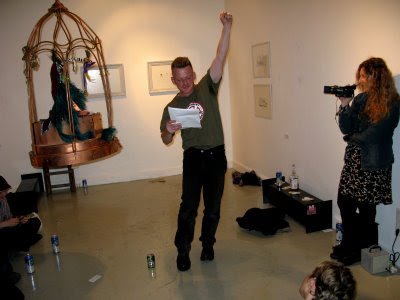 Gordon Inc who was part of Part 4 in Istanbul has since October been
writing his own blog called "Gordons Verden" or Gordon's World or Mondo Gordon..

In the short text below from one of his posts, he salutes Istanbul:

Read more on: www.gordonsverden.nationenblog.dk
Posted by Jacob Fuglsang Mikkelsen on 11/30/2008 No comments: Links 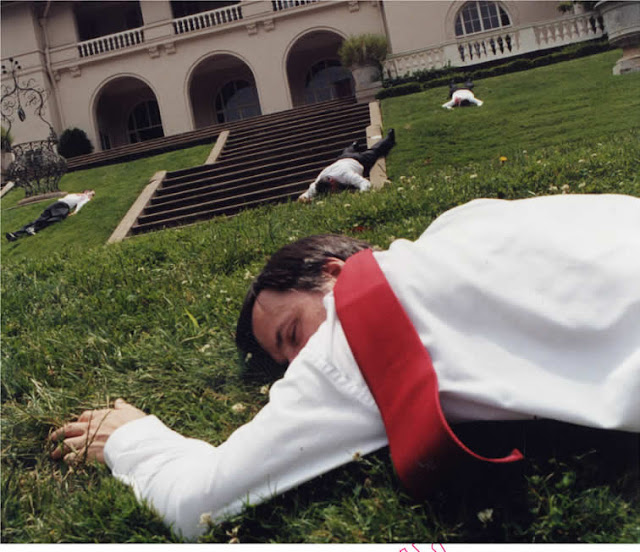 Curated by Derya Demir (who is also part of The Triangle Project)and Leyla Gediz, The Bitch Is Sleeping, an exhibition covering all spheres and types of fetishism, takes place at various fetishistic landmarks of İstiklal Caddesi and also at Karşı Sanat and Gallery Splendid from November 19 to December 19.

The idea for the exhibition derived from the conference focusing on interdisciplinary research on fetishism titled "Substitute Lack!/Accept No Substitutes!" organized by ./independent scholars from 26 to 28 November. (www.independentscholars.org) The appearance of fetishism in an academic context led to the idea of organizing a parallel exhibition, engendering a fresh movement across the Istanbul art scene. 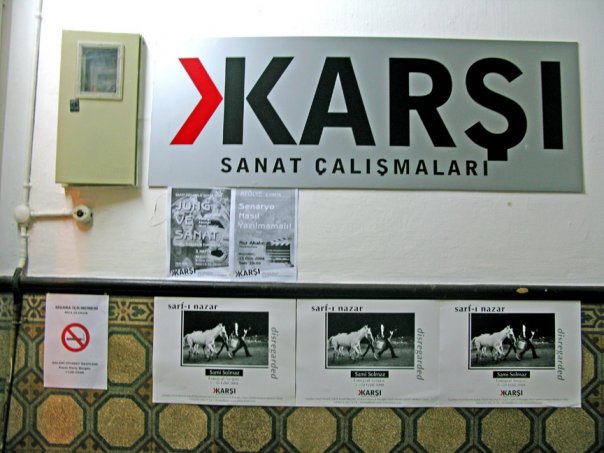 Based at Karşı Sanat (where The Triangle Project Part 4 also exhibited) and Gallery Splendid, the stops of the exhibition include almost all the historical and seductive shops along İstiklal Caddesi. The Bitch is Sleeping is also the opening exhibition of Gallery Splendid founded by Leyla Gediz and Derya Demir.

The nightclub Dogzstar will feature Monday daytime screenings of films related to the subject: The exhibition touches upon sexual fetishism in (above)  Bruce LaBruce's "No skin of my ass" and Brice Dellsperger's "Body Double X", both films where body parts are the focus of fetishism. Richard Van Loot's colourful video "Rate Allegorique No.1" will be shown between the two films.

The work of three artists will be presented at Gallery Splendid. Strands of "hair" Elçin Poyraz has delivered from the source of fetishism, (above, who is also part of The Triangle Project)) Kaan Karacehennem's series of photographs of homosexuals hiding their faces and Barış Doğrusöz's videos titled "7 ways to fake a perfect skin", each an animated canvas, are the first works to be exhibited at the magnificent Gallery Splendid. 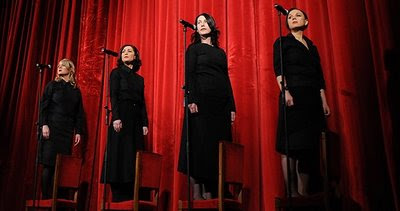 The 11th International Istanbul Biennial's conceptual framework has been announced by the Biennial curators WHW (What, How & for Whom) at the Biennial press conference.
The 11th International Istanbul Biennial will take place between 12 September-8 November 2009 and takes its title, "What Keeps Mankind Alive?" from the closing song of the second act of Bertolt Brecht's The Threepenny Opera, written 80 years ago.

According to WHW, the question "What Keeps Mankind Alive?" seems to be more urgent and topical than when it was first posed by Brecht in 1928. The conceptual framework of the 11th International Istanbul Biennial "What Keeps Mankind Alive?" will serve as a trigger, as well as a certain script for the exhibition, allowing us and the artists to pose questions of economic and social urgency today.

The curators of the 11th International Istanbul Biennial What, How & for Whom / WHW is made up of four women: Ana Devic, Natasa Ilic, Sabina Sabolovic and Ivet Curlin, who studied Art History and Comparative Literature in the University of Zagreb. WHW was formed in 1999; based in Zagreb, Croatia, and since 2003 has been directing the program of Gallery Nova -non-profit, city-owned gallery in Zagreb. For the social dimensions of their work in contemporary art since 1989, WHW has been awarded the first Igor Zabel Culture & Theory Award by the ERSTE Foundation.

The 11th International Istanbul Biennial will take place between the dates
12 September-8 November 2009.
More on the conceptual framework of the İstanbul Biennial HERE
Posted by Jacob Fuglsang Mikkelsen on 11/20/2008 No comments: Links

Posted by Jacob Fuglsang Mikkelsen on 11/09/2008 No comments: Links

Email ThisBlogThis!Share to TwitterShare to FacebookShare to Pinterest
Orkestar Baxtalo, Hanniballade and Albertslund Terror Korps
The Grey Hall for the screening of the film 69