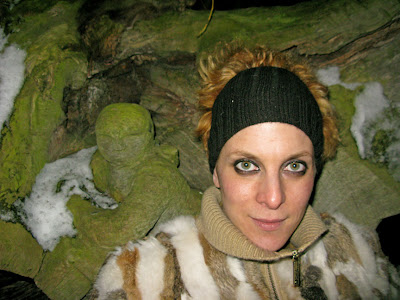 Sharing across continents, bridged by live broadcast of a performance created beyond boundaries, Muse Me is a model of cosmic spiritual connectedness and communal conciousness : asking how does one dance, and how is music generated, mused? ..

When dancing, a time forray into the future occurs. The dancer invariably dances to the future, hearing beyond time, what will come next. Will experiment with creating an energy flow beyond spatial boundaries, a collaboration to create, compose, perform and dance. A musical score of a prerecorded beat with fluidity will serve as a guide to a relationship of creating together without heirarchies, parallel and entertwined like dna - A memorial of life and birth. 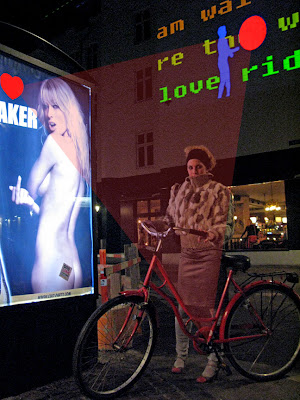 Each performance is enacted through connecting a dance box , located each time in a new neighbourhood, in the public space, to an elsewhere located music setting through the internet, whilst audiences witness the performance in a third location. A 3m x 3m dance box will move through the city for new performance settings each month, starting with Mckibbin Street in Brooklyn, followed by other parts of the city ( Washington Square, Tompkinson Square, and Union Square are possible locations for the next performances ) 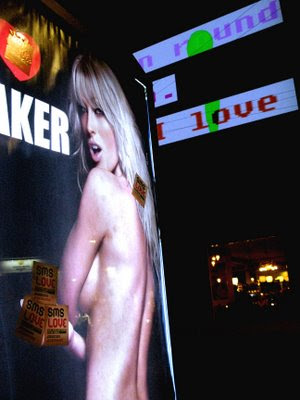 The first of the MUSE ME series begins at 15pm on Saturday 25th July in Mckibbin Street, Bushwick , during a weekend block party / Art Fair, organized by the community of 700 artists living in Mckibben Lofts.

Mckibbin Street is located in a predominatly Hispanic neighbourhood bordering between housing projects and Williamsburg Industrial Park, where a recent ‘creative gentrification’ of the neighbourhood is creating a tension between the artists and the local inhabitants.

An event which can promote understanding through sharing in the community is one of this weekends wishes. Audience are invited to participate and share food whilst viewing / hearing the performance as it is enacted / created real time.

Muse me is realized through the support of Anadolu Kultur : http://www.anadolukultur.org

More about ‘Muse Me’ can be read on Gul Kozacioglu’s site : http://www.gulkozacioglu.com/gallery