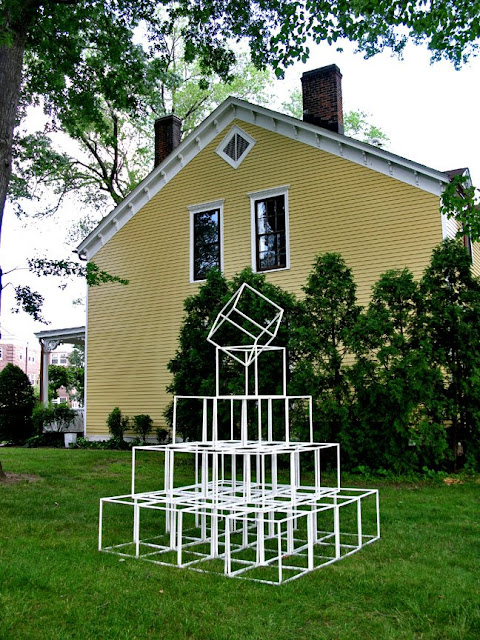 Midsummer Solstice 2008
Every artist going from Copenhagen to New York brought along white cubes through the customs and security controls. It was part of the group effort and collaboration to build a Pyramid on Governors Island.

This in a similar way they built the Pyramids and Stonehenge. It was made possible by the artists good intent and Peter Lassen's good will. The building in the back is Building 14 where the Emergence Exhibition was housed. The Emergence Project got an artist grant from Black Rock Arts Foundation, was in collaboration with Figment and was part of the Figment events on Governors Island in 2008. 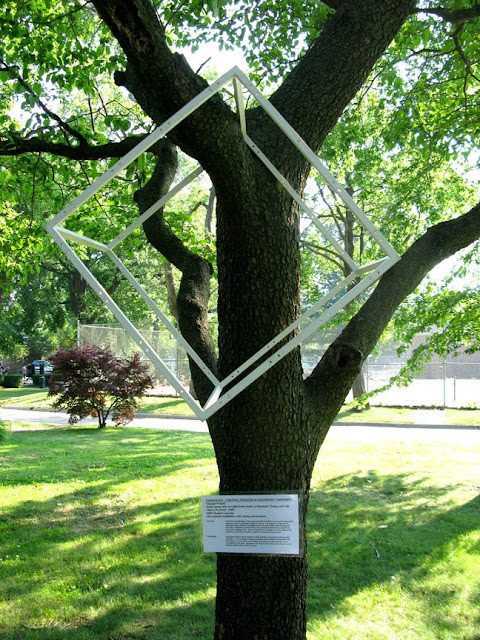 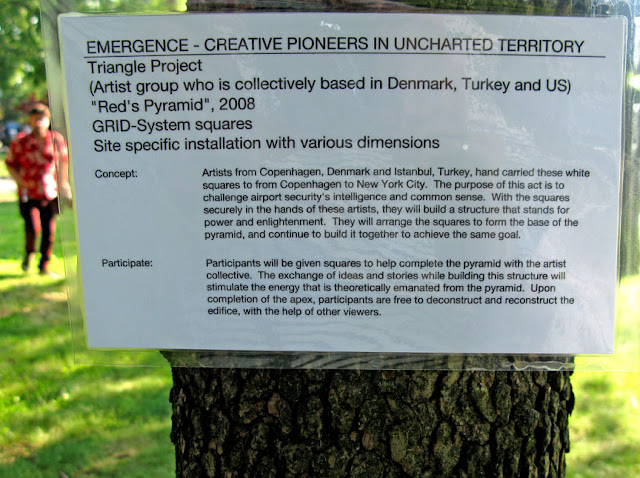 Click on images to enlarge and read text.
Posted by Jacob Fuglsang Mikkelsen on 6/22/2008 No comments:

Installation and performance in collaboration with The Triangle Project Part 3 at Building 14 and The Emergence Project at Governors Island.

Email ThisBlogThis!Share to TwitterShare to FacebookShare to Pinterest
Dansk Fløde
The first rockband to play in Guinea-Bissau/ West Africa, show and explain the effect of Jesper Eugen-Olsens New Science. SuPAR is like a crystal ball, showing how well your body is doing. Jesper will also present suPAR at The Gershwin Hotel on the 24th of June at 8pm.

Posted by Jacob Fuglsang Mikkelsen on 6/21/2008 No comments: Links

The Triangle Project is currently in New York for it's third installment. On the 17th there was a wonderful performance by Atoi, Teppop and Dansk Fløde at LIT Lounge, along with a premier screening of one of the chapters from Jacob Fuglsang Mikkelsen's film "PTSD 911" at FUSE Gallery.

On June 19th there is an opening at ABC No Rio at 7pm, and there will also be a performance by Dansk Fløde & co. The exhibition is based on a chapter from The Triangle Project Book called "Grounded - Was Man Meant to Fly?"

From the 20th to the 22nd of June, the project will be part of the EMERGENCE project on Governors Island.

On the 24th at 8pm, Neke Carson will present the project at The Gershwin Hotel. KARGO will perform, Claus Ankersen will present spoken word, Martin K Jørgensen will show his latest short film and Doctor Jesper Eugen-Olsen of Dansk Fløde will hold a lecture on suPAR that is his brilliant invention saving lives.
Posted by Jacob Fuglsang Mikkelsen on 6/19/2008 No comments: 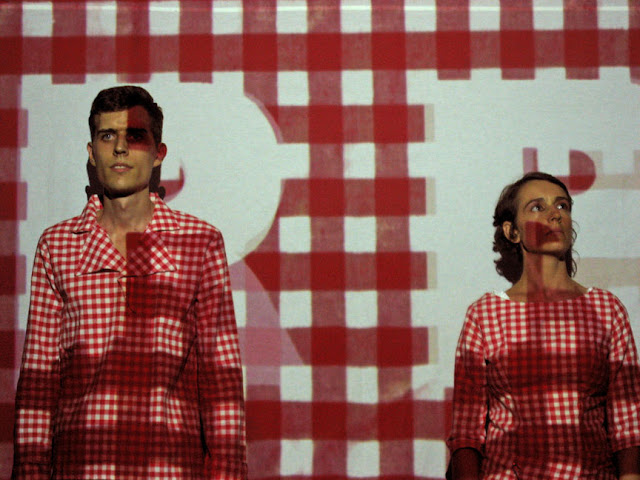 The Project: The performance/public intervention project KARGOLOGY is an investigation of information patterns in public space as well as the ways individual people experience the constant flow of information in the city.

KARGO have been taking their starting point in the idea of an information free utopia. What if the city would be wiped clean over night? It would be an impossible task to delete all information, but the group have used one whole week in Vienna to delete as much information as possible, simply by painting signs, shops, commercials, pictograms, posters and maps white on their way. They have been painting white as an attempt to create a clean, open, free space. A public white cube. A space where every person in the city is free to insert his or her own information.

KARGO has no intention of asserting a theory regarding the subject though. The project is more about carrying out an experiment and let the public react Documentation of the experiment are presented along with thoughts on the subject in a performance with live music and video projections. As the project will be shown more times, more public interventions will be made in the cities where it will be shown, and subsequently more documentation of street action will be integrated.

KARGOLOGY has been shown at The Triangle Project in Istanbul as a part of the 10th Istanbul Biennial, as well as in MAK Museum of Applied Arts in Vienna.
Posted by Jacob Fuglsang Mikkelsen on 6/08/2008 No comments: