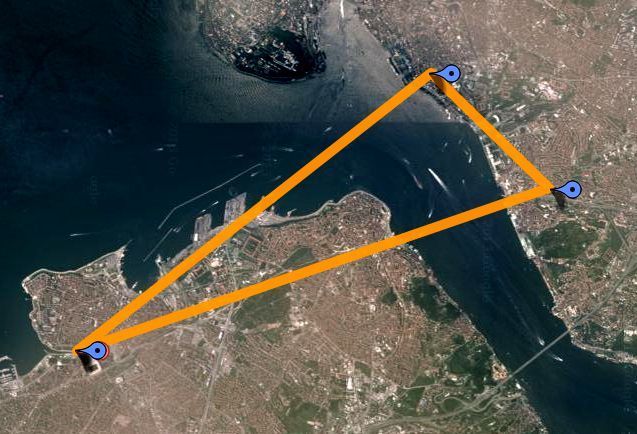 Between 19th and 24t of September 2013 The Triangle Project will perform the 10th version of the project, in Istanbul. The first version of the project was performed in connection with the 10th Istanbul Art Biennial in 2007, where over 50 Danish and Turkish artists performed, created and exhibited their work all over the city. Part 10 will include several aspects of Part 9 that was done in connection to  Festival 2013.
The above Triangle GPS Tag will be part of the performance, as the framework for the people involved. 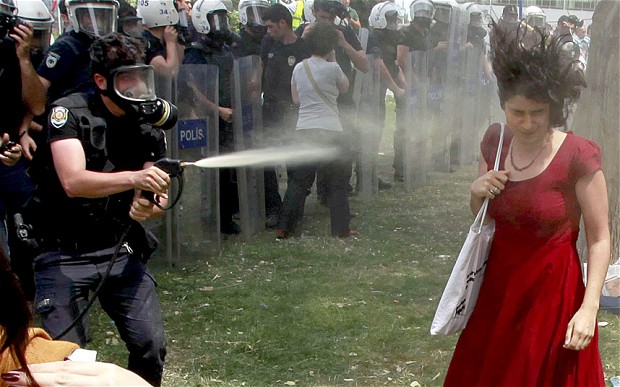 The and group of artists will co-create a project that will involve three parks in the city. One of the parks (TBA) will have interactions and sessions with the involved artists, including Live Music, Art Talks, Food Sharing, Dance, Spoken Word, Yoga, Meditation and showcasing of one or more of the Pyramid Tents.
They feature imagery from , 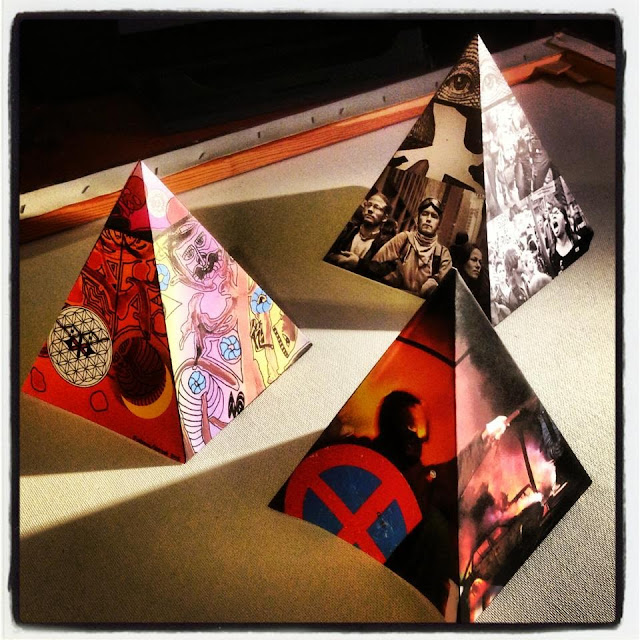 The above mini-models of the Pyramid Tents are images from Ungdomshuset in Copenhagen by Jacob Ehrbahn, Occupy Wall Street in New York by Brendon Stuart and to the far left a Alchemy Pyramid by Dalhof/Fuglsang.

The Istanbul Park that will be chosen (TBA) will be for some hours be transformed in to other parks, such as Zuccotti Park (New York), Christiania (Copenhagen) and Gezi Park (Istanbul). 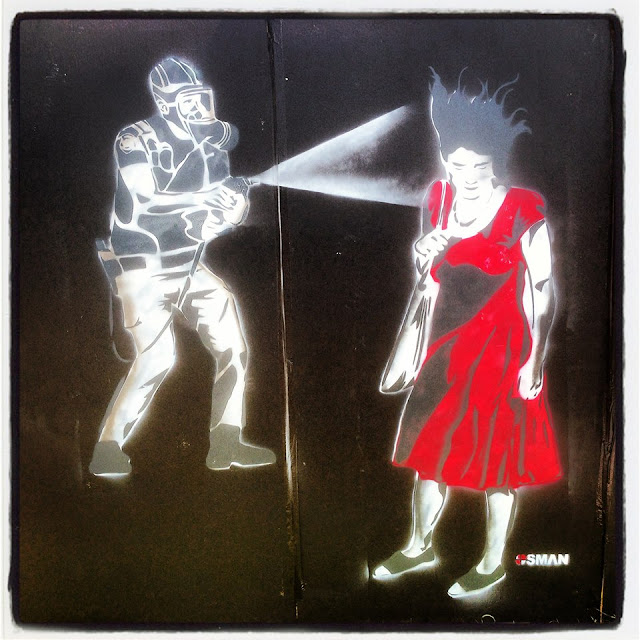 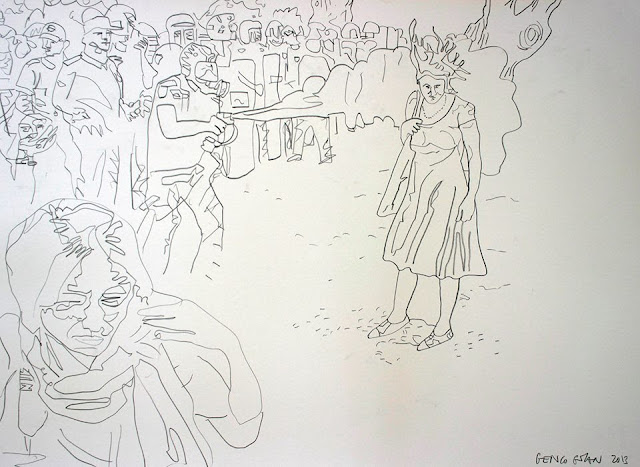 "Lady in Red"  is a recent drawing by Genco Gülan made during Gezi Occupation in Istanbul. Gülan made a series of drawings on paper inspired by the iconic images of the protests, as an artists response and contribution and will also be part of the Triangle Project Adventures in September 2013.


The Woman in Red was of course also a wonderful film from the 80's with Kelly LeBrok and Gene Wilder and Lady in Red the classic slowdance that a whole generation danced cheek to cheek to.

And then there is Portecho's  "Studio Plastico"

But this might be the most wonderful of all! Jamiroquai's - Electric Mistress 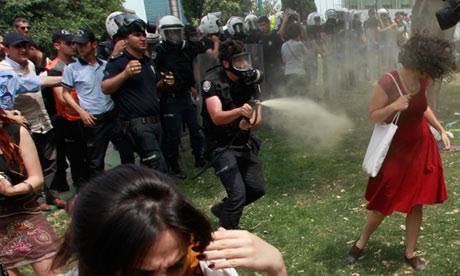 Image from Gezi Park where the Lady in Red turns her head away from the Gas. 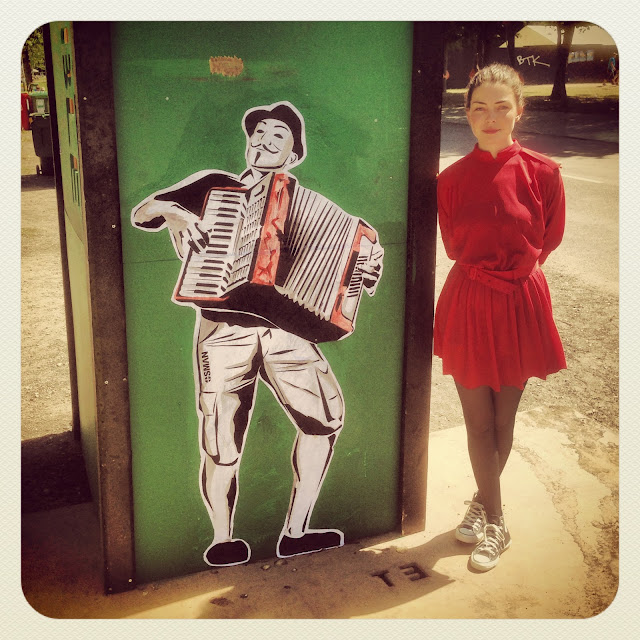 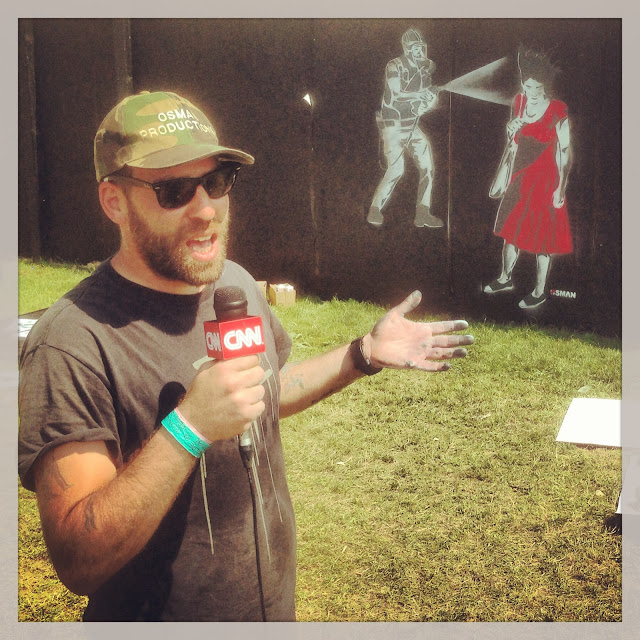 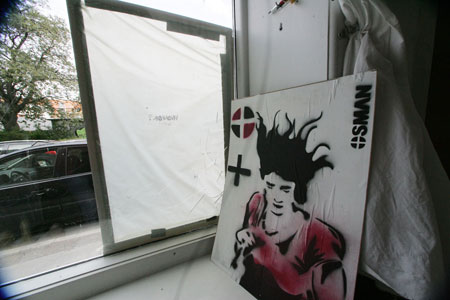 Ari Alpert's Lady in Red sign from the Roskilde Festival Parade was put in a Studio (Not plastico) in Copenhagen. Soon thereafter the window was shot at and three holes was made with "a pump gun" according to the Police.

Links to the story about the Lady in Red in Copenhagen: 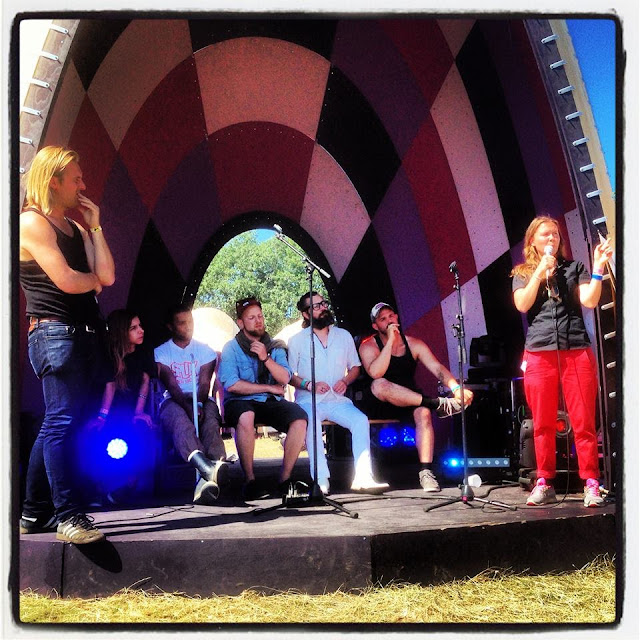 Another Lady in Red Pants is above Yana Sarna from Voina, who was part of the panel debate at Roskilde Festival. There will more Talks and Spoken Word, than debate in Istanbul. There is not really any debate, is there? 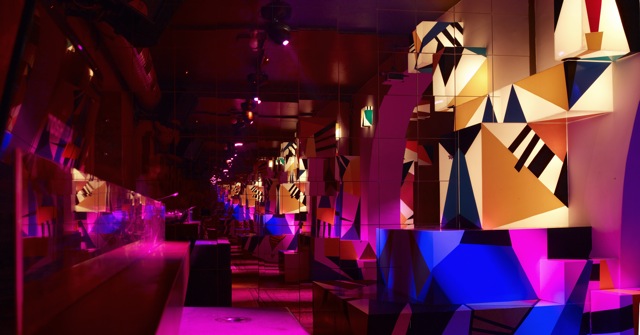 On September 21st, The Triangle Project Crew will collaborate with the Mini Muzikhol Crew. There will be a selection of Copenhagen and Istanbul based artists performing on stage from 23.00 - 01.00 and after that the superstar DJ Baris K will turn the dancefloor into lava. More info: http://www.minimuzikhol.com/

Anyone who is interested in participating, please contact us on the facebook page where you can also stay updated with what will be going on https://www.facebook.com/TheTriangleProject