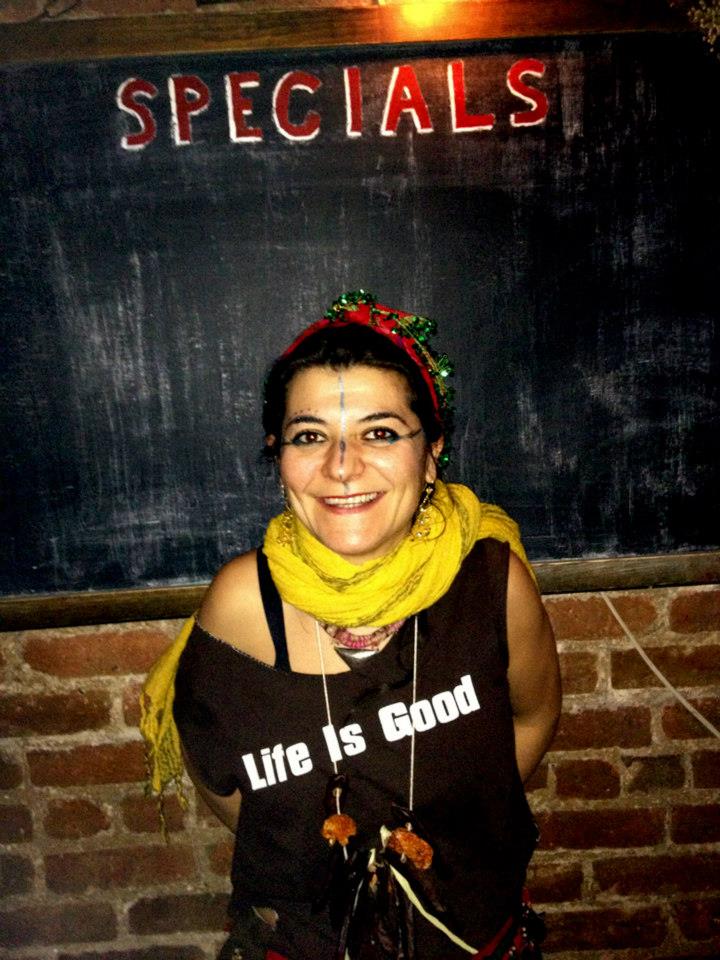 Dilara Erbay is the Jamie Oliver of Turkey and is on a worldwide crusade to spread the word about new ways of understanding food from a her very specific point of taste and view. During her academic years she travelled all around Turkey, the Middle East, Asia and Europe where she was introduced to different culinary cultures and new different flavours.

She graduated from her political sciences studies with a thesis on “The Role of Non-Government Organizations in Turkish Political Life, and the Bergama Event” and soon thereafter went to Columbia in South America to explore their culinary culture as a chef. After that she was an apprentice at Robert DeNiro's Tribecca Grill and went back to Istanbul with a huge bag of magic tricks. 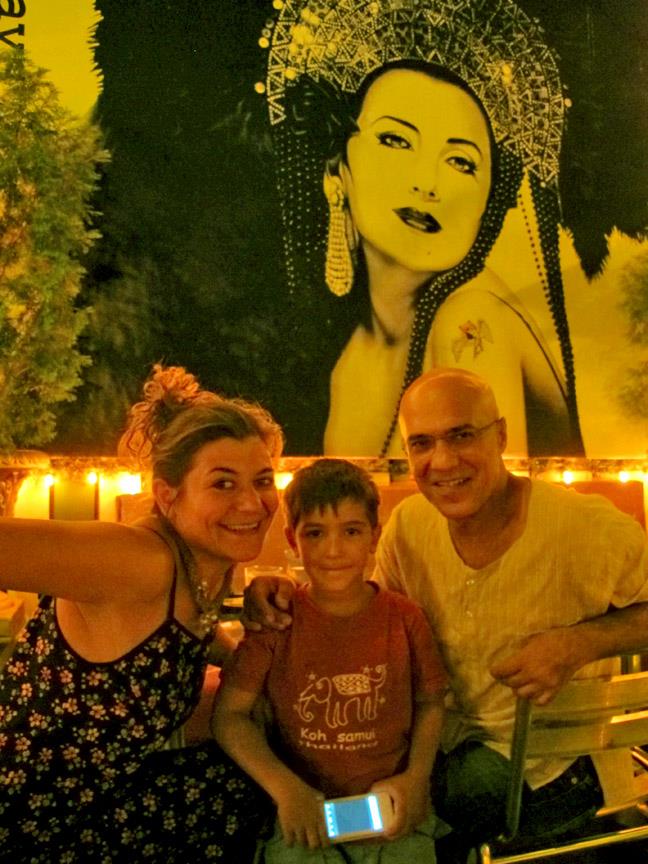 After running several successful restaurants in Istanbul, she moved to New York with her above husband and son, where she is spreading her love for food and extraordinary culinary experiences. Dilara has been part of The Triangle Project since the very beginning in 2007 and was also part of Part 2 in Copenhagen 2008. 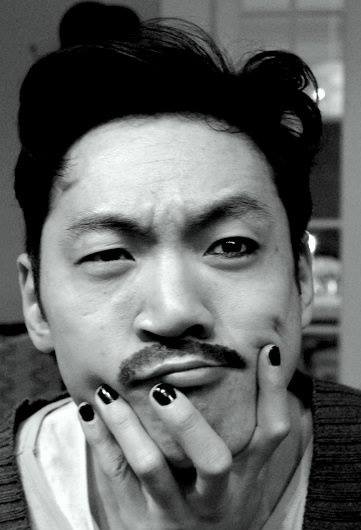 Jesper Hyuk Larsen A.K.A. hYUK is a autodidactic Danish artist working mainly with drawings, paintings, art installations and photography. hYUK works in a minimalistic style with observations and criticism of social and political conditions. 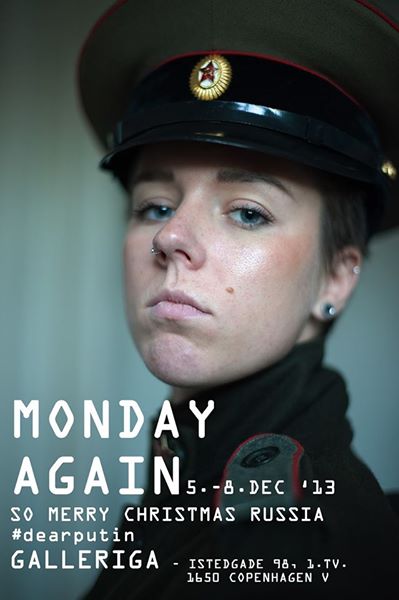 He exhibits his work (example above) in various galleries in the Copenhagen underground art scene and joined The Triangle Project Part 9 in connection to The Velvet State interaction at Roskilde Festival 2013. He was also part of the Part 10 in Istanbul and will in Part 11 particpate showing his work, doing live action painting and documenting the different interactions and events as part of the Triangle Project Crew. 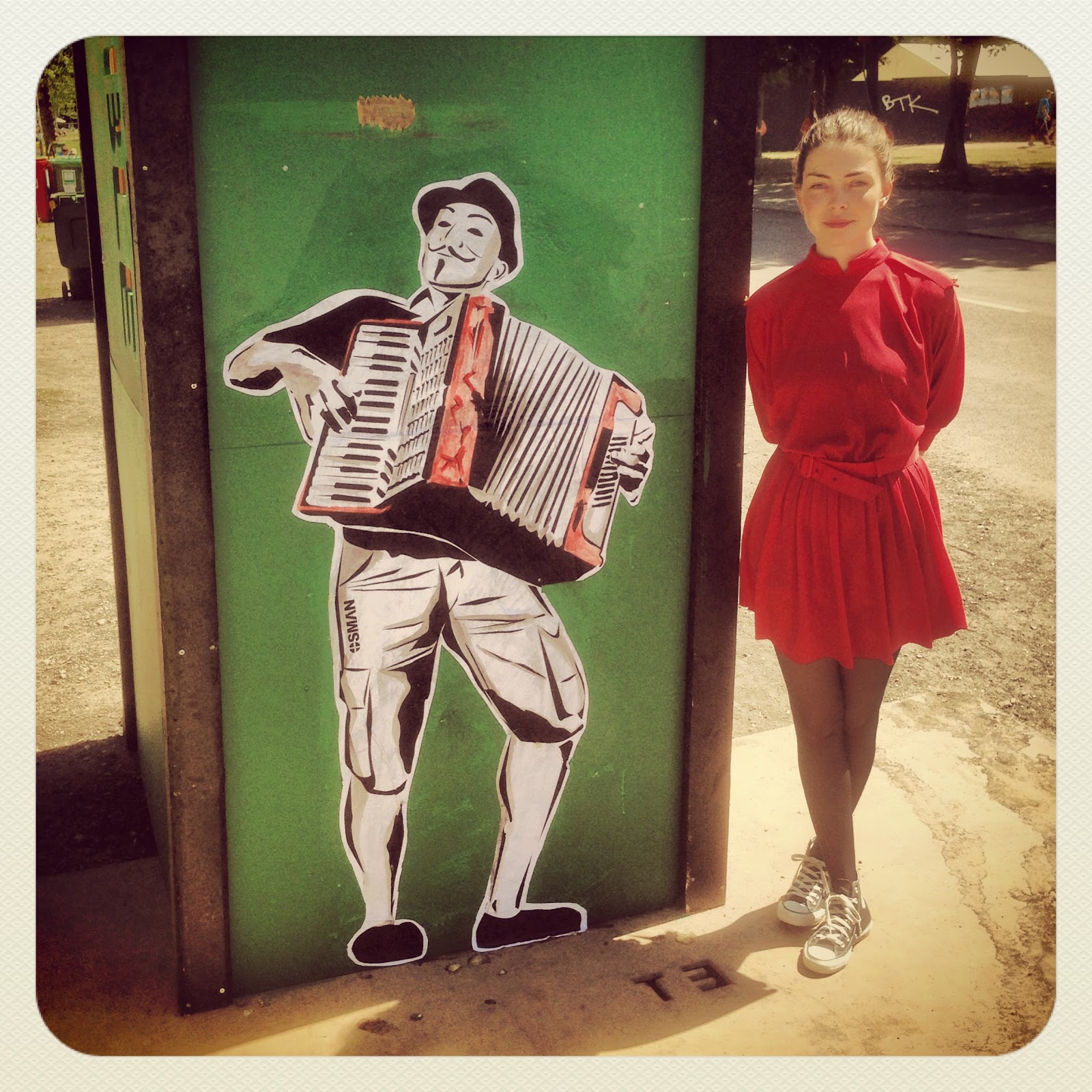 Anne Gade Bjerrum, who was a "Lady in Red" at Part 9 at Roskilde Festival above, is the Project Manager for the Climate Actvist Group Mr. Green and has a degree in Performance Design from Roskilde University. She has collaborated with the project associated to The Triangle Project called "CO2 Green Drive" since 2010 and is currently an active part of the management team of The Triangle Project.

Firoozeh Bazrafkan is a Danish Irianian born artist who grew up fighting off The Law of Jante with a clenched fist. Her work is online the most seen art in Denmark 2014, not by the art world, but the main stream audience who usually would not even look at or be interested in art. A recent realtime web reality show about her, broke one of the largest Danish Newspapers LIVE screening website, due to viewer storm. Her Islam critical art has been embraced by the Danish Rightwing population, who follows her every move online on various social media platforms. She has a huge follwing of Danish men, who often comments on the shape and size of parts of her body. She is often threatened by individuals who have been so provoked by her work, that they find a need to hurt her. She puts her neck out, but luckily she is a fierce woman who can stand her ground, a concept that is part of the performce aspect of her work. Firoozeh's defence of her work actually being art, is as big a part of the process in her work, as the work itself. 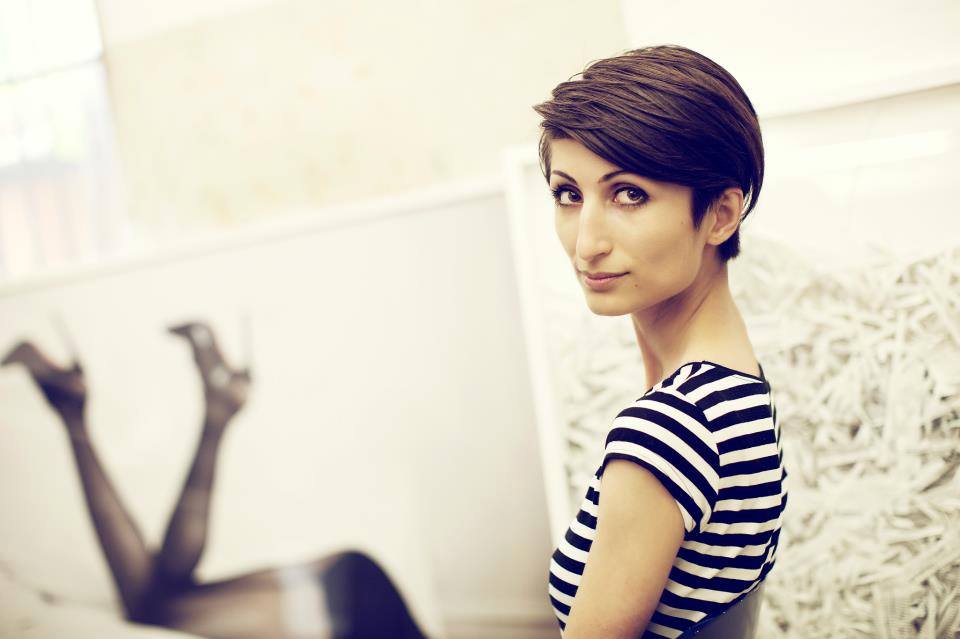 In connection to the panel debate at Gershwin Hotel, she will show one of her recent videos that was made in connection to the Reality Show performance, where she also produced several videos LIVE in realtime.
More on Firoozeh Bazrafkan on her site HERE

UPDATE: Firoozeh was not able to join the project in New York due to her previous art and how it has been received in Denmark by the judicial system. 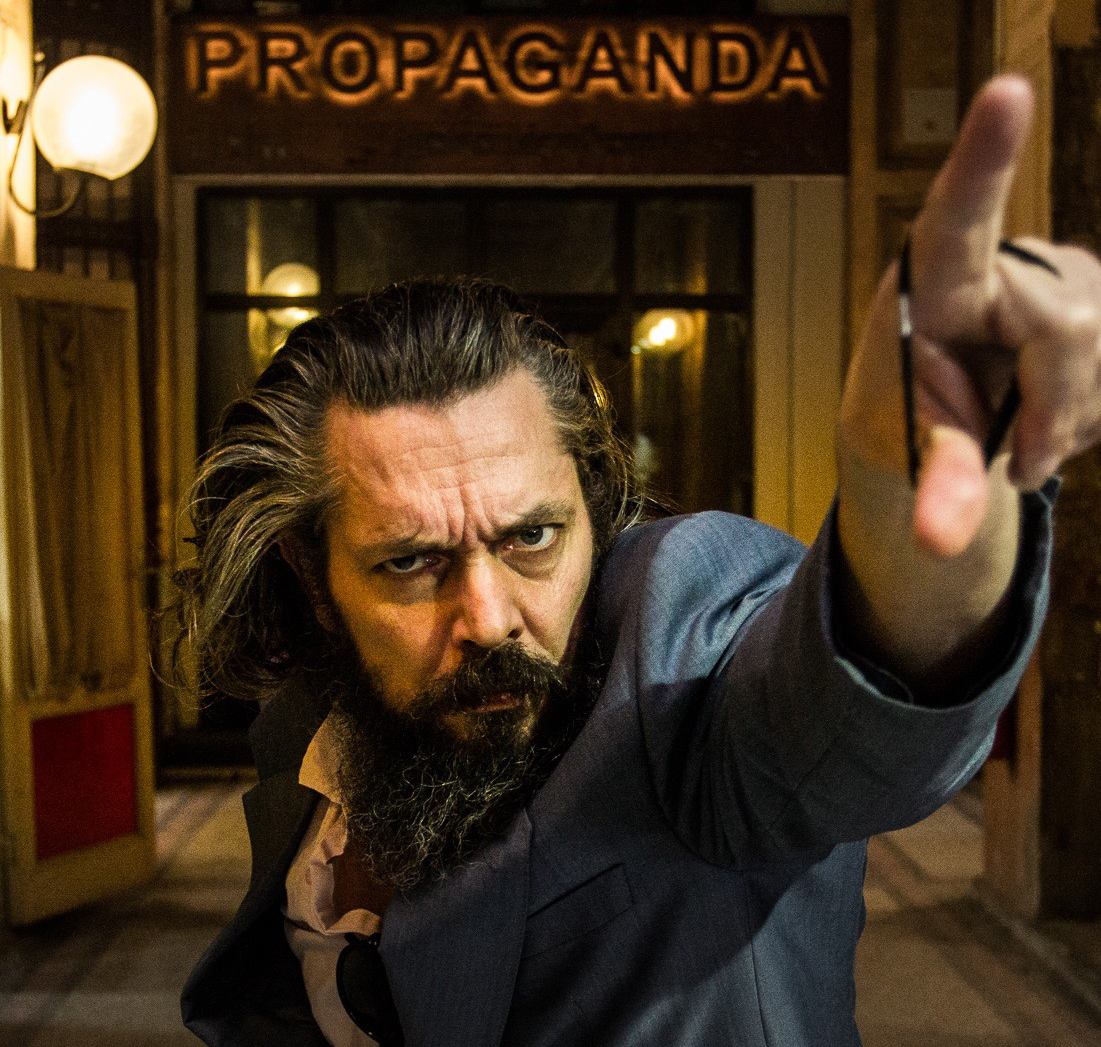 The poem TOXIC TUESDAYS is about the challenge and the difficulty of keeping up hope and maintaining the spirit of healthy revolt and rebellion in todays world. Claus Ankersen have performed this piece in Denmark, Estonia, Finland - and last year also, in Ukraine. In a small way, the artist likes to think that his poetry helped make a difference there.

The above video is from The Triangle Project in New York 2008 at Gershwin Hotel, filmed by Shaky Jones.

The version of TOXIC TUESDAYS to be shown at TBA Brooklyn and Gershwin Hotel this time around, is filmed by Anders Højrup. Welcome to the r/evolution. A curious detail: When performing the poem live at a poetry festival in the Estonian city of Tartu last year, after the show Claus Ankersen was approached by a man introducing himself as university lecturer, but with the appearance of a 20 dollar mobster. He said: If you performed that poem in Russia, you would be arrested for communist propagada and put to jail. The artist naturally refused to acknowledge that the man was affilliated to any university on this planet. Toxic Tuesdays is now under translation into Russian. 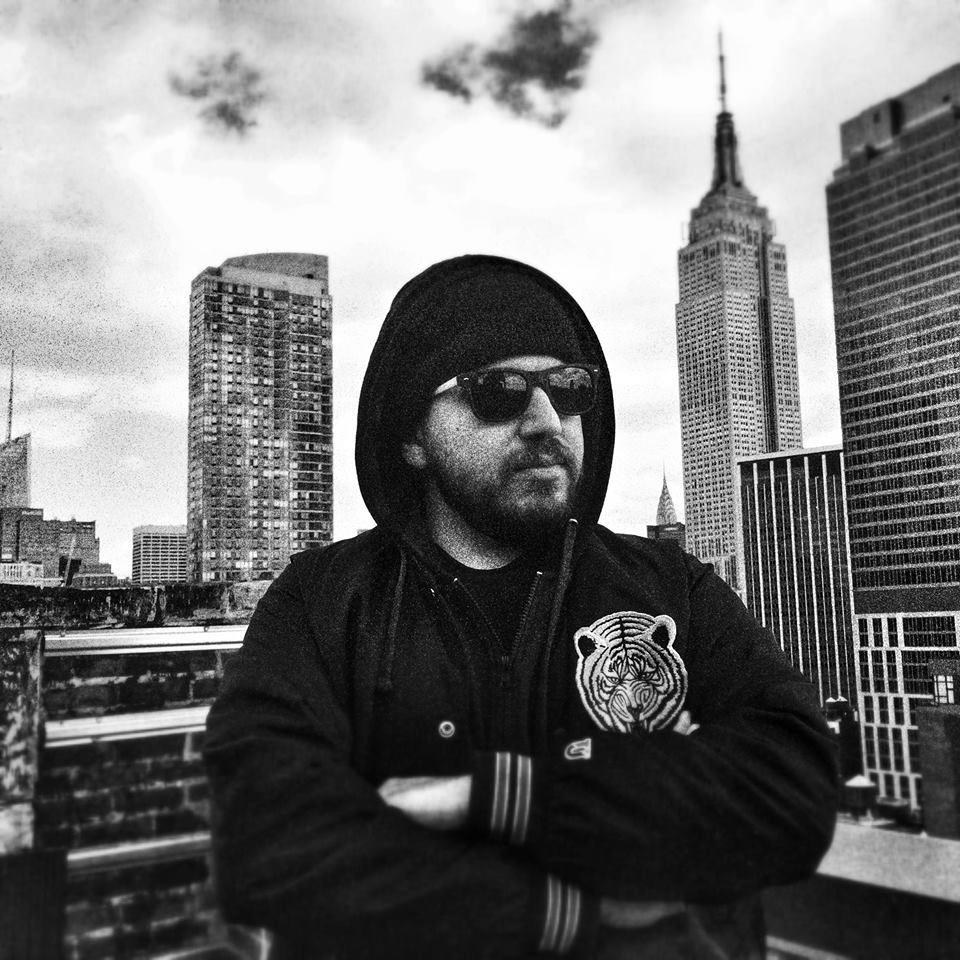 Taylan Yilmaz is a Turkish artist, filmmaker and DJ currently living in New York. He Graduated from the Mimar Sinan Fine Arts University in Istanbul at the Department of Painting in 2005. After his studies he ran nightclubs and DJ'd in Istanbul's club scene, before going into the Turkish army. Once his service was done, he moved to New York to follow his dreams as an artist and filmmaker along with his DJ'ing in the ultimate spot on earth for such activities. 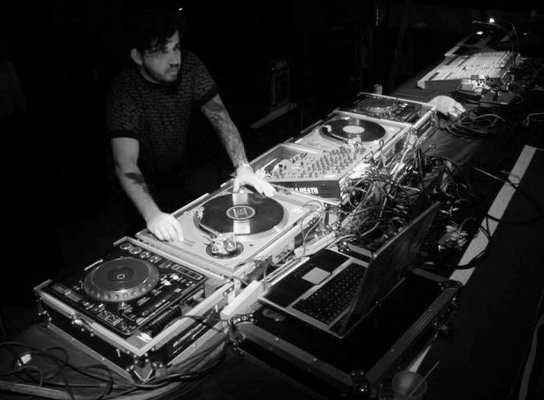 Above DJ Taylan on the Wheels of Steel. For more info and to see some of Taylan's art and films please go to his website HERE. Taylan will play at TBA Brooklyn on April 17th. 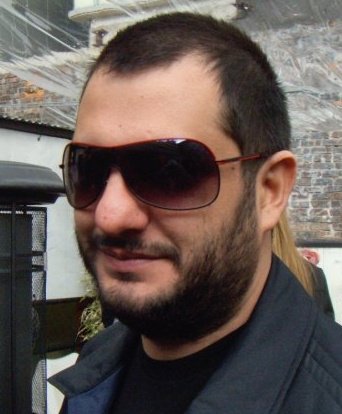 Mehmet “Memo” Erkaya is the Turkish co-owner of TBA Brooklyn and collaborator in bringing the "What is Going on in Turkey?" event to his place. More about TBA Brooklyn HERE 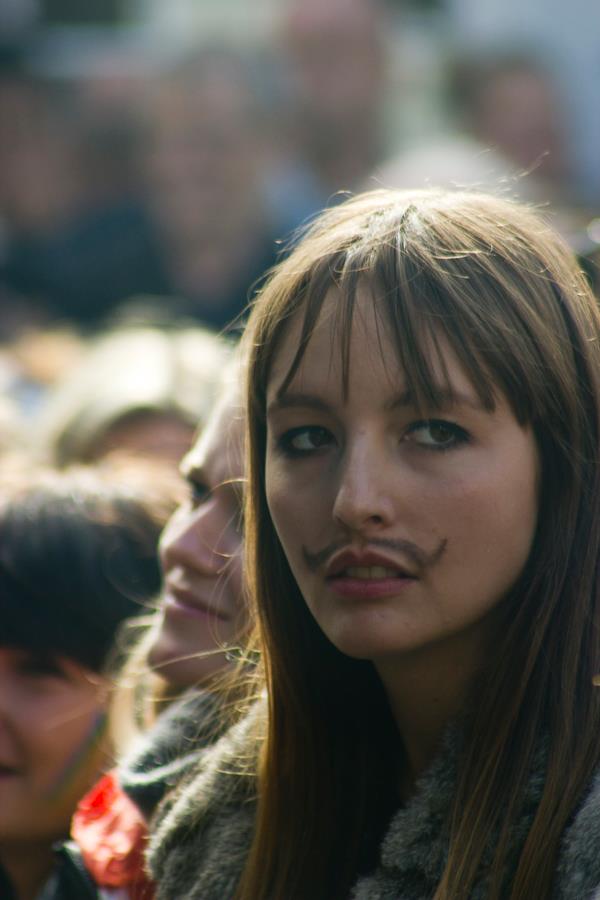 As mentioned in a previous post, the Danish singer and performed FRANKA is also part of the crew in New York. She studied at The Danish Music Conservatory and when in her role as FRANKA goes all out hanging her heart on her sleeve. She will perform on April 15th, 17th, 18th and 19th. 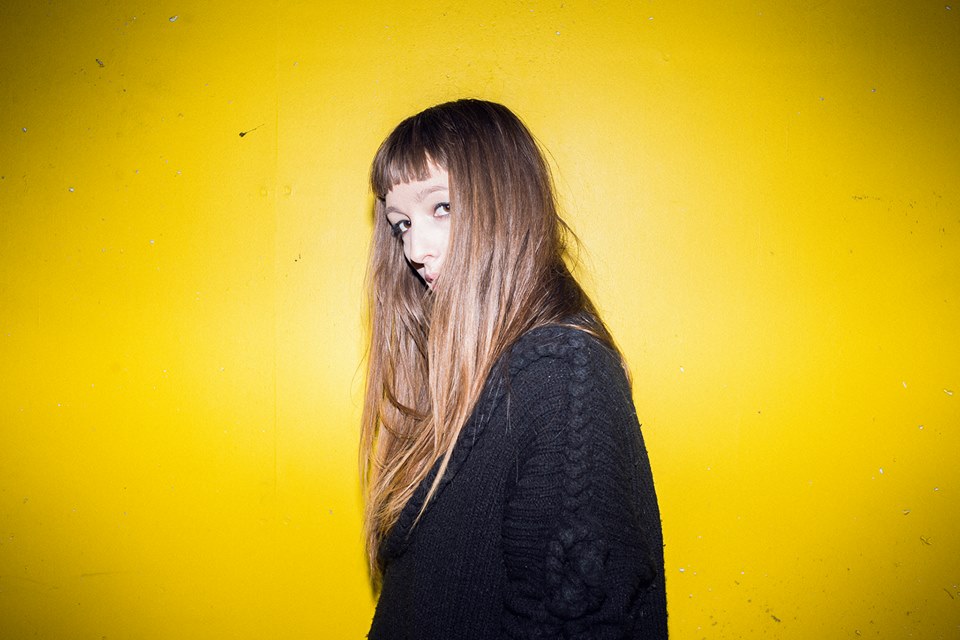 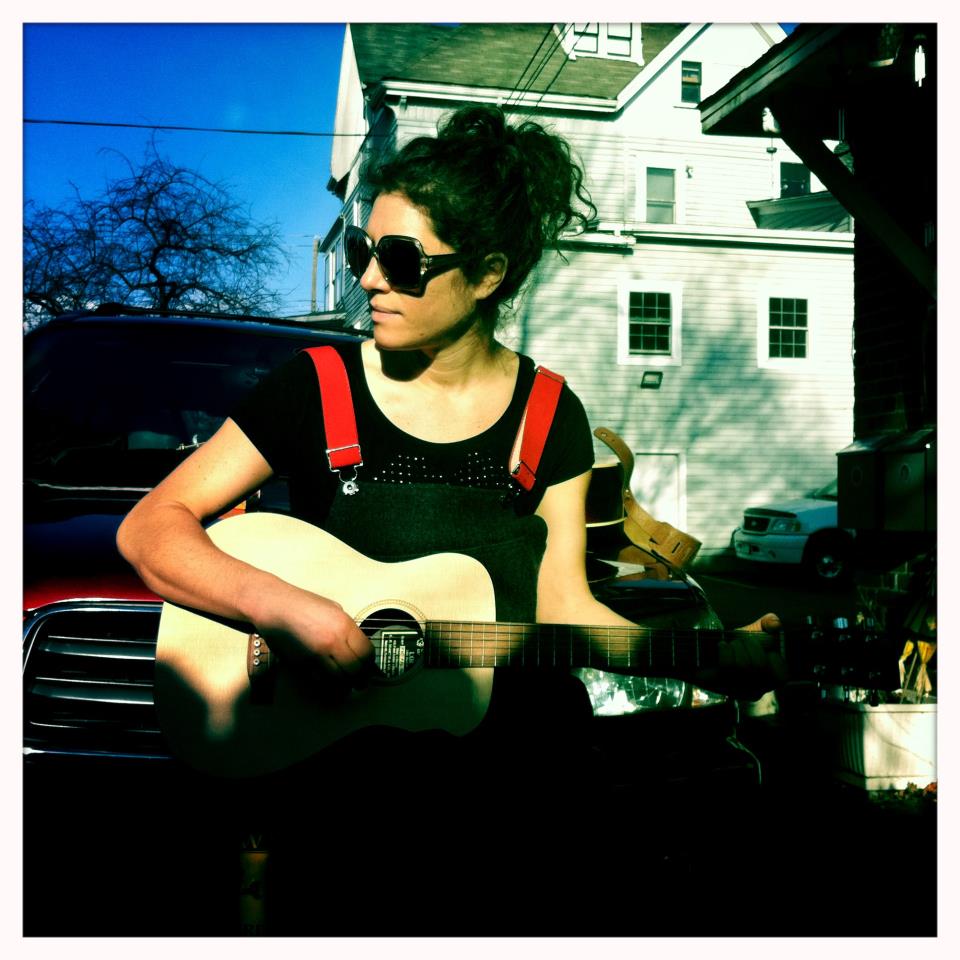 Bess Greenberg, who have also been part of The Triangle Project several times before, will be part of the plans for Part 11 at TBA Brooklyn on April 17th. Bess is an artist/producer/curator and the founding Director of 25CPW and Red Roots Gallery. Before that, she lived in Copenhagen working as a proffessional basketball player.

25CPW Gallery was the host for a exhibition in connection to The Triangle Project Part 8 called "Empire State of Mind" in connection the New York Photo Festival, while Bess was in Copenhagen at the same time exhibiting at the Coipenhagen Photo Festival with her own work.

Bess obtaining her MFA from the International Center of Photography-Bard College photography program in New York City. She was a 2007 Jack Kent Cooke Scholar, awarded  with a New York Times photography internship in 2009 and joined the Advisory Council in Photojournalism for the Alexia Foundation in 2012.

Lately Bess has turned her focus on music and have started the duo The Falconers. In connection to her involvement with Part 11, she wil play her music in collaboration with her partner Jimmyjohn McCabe.

Turkish DJ Berk Dogan will play Deep House at TBA Brooklyn on April 17th. He is also the Label Manager of  Deep House Proposal, an enterprise that organically evolved from a Istanbul club night to a well-received podcast and then eventually an ambitious label focusing on the deeper side of the house music spectrum.

Another Turkish DJ for the evening is MEMOS (Serhan Aydemir) who first began collecting cassette tapes in the late ’80s. Over the years, he channeled all his energy toward this passion, constantly discovering new music styles. By the mid-90s, he became a radio host in his hometown of Istanbul before launching his own show on the premier electronic/indie station Dinamo.fm. 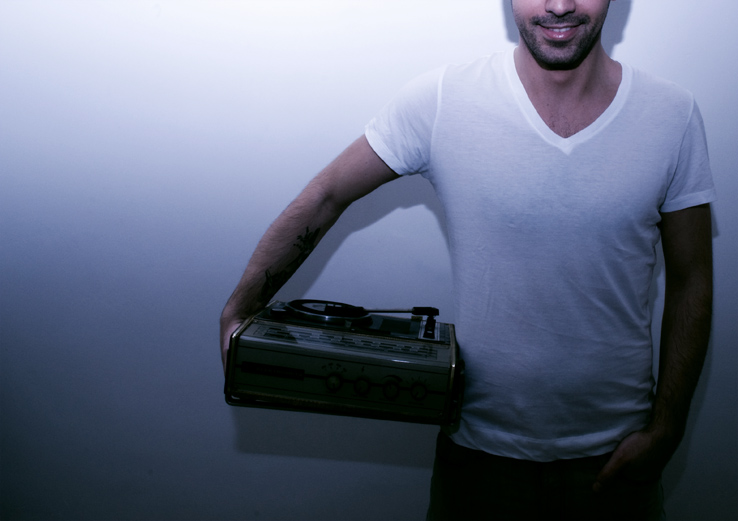 Today, the Brooklyn-based DJ/producer continues to share weekly mixes with fans and listeners on Dinamo by day and manning the decks at some of NYC’s most popular venues, including his residency at Nublu, owned by exceptional Ilhan Ersahin. He does likes to play Anatolian Psychedelic Cosmic Funk and this can not be denied. 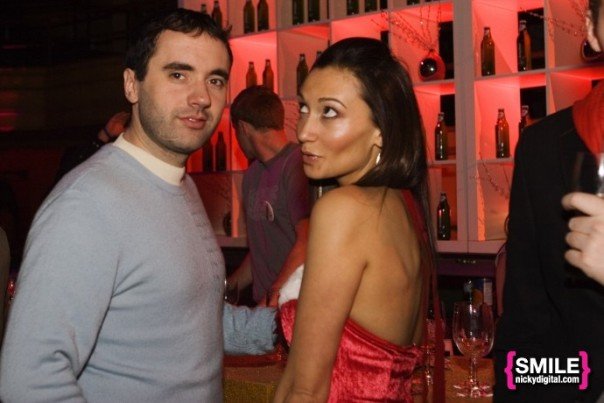 Michael James (to the left) - Legendary New York club promoter who is part of the EPIC Crew that among other things did nights at The Tunnel & Limelight in the 90's. In connection to Part 11, he has helped out in coordinating the two events on the 19th of April at The Griffin & Sankeys NYC. 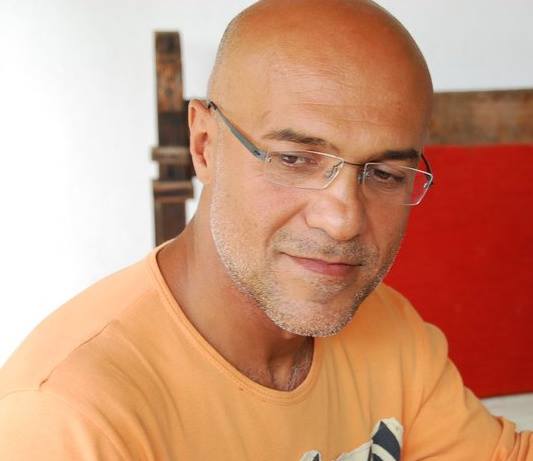 Host and moderator of the panel debate on April 17th at TBA Brooklyn called "WHAT IS GOING ON IN TURKEY?" Ahmet Bugdayci, is an editor and colomnist of weekly Turkish paper Posta212, New York. He used to work in social reseach companies in and at several economy magazines in Turkey. He has been writing about the Gezi Movement since the spring/summer of 2013 and his articles and facebook updates are read by young newly politically awakened Turks all over the world. He was part of coordinating The Triangle Project Part 1 in Istanbul 2007, is married to above mentioned chef Dilara Erbay and his work can be read, and if needed google translated, on Posta2012.com HERE 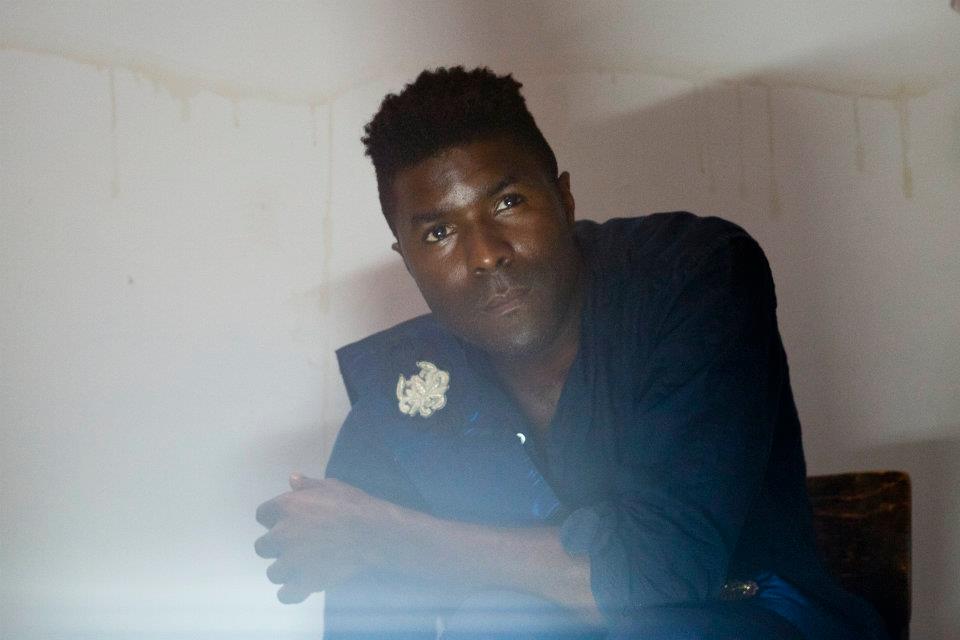 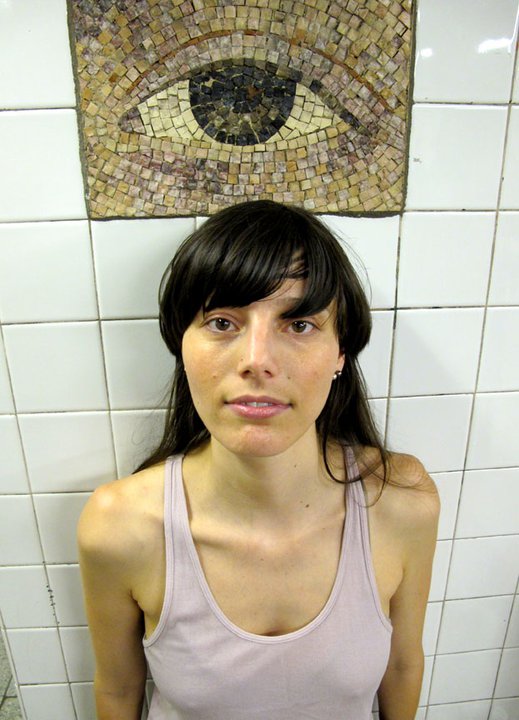 Estrella Nova Martinez - has been part of The Triangle Project since 2008 and is a DJ, Artist, Dancer and spreader of good energy on dancefloors all over Brooklyn. 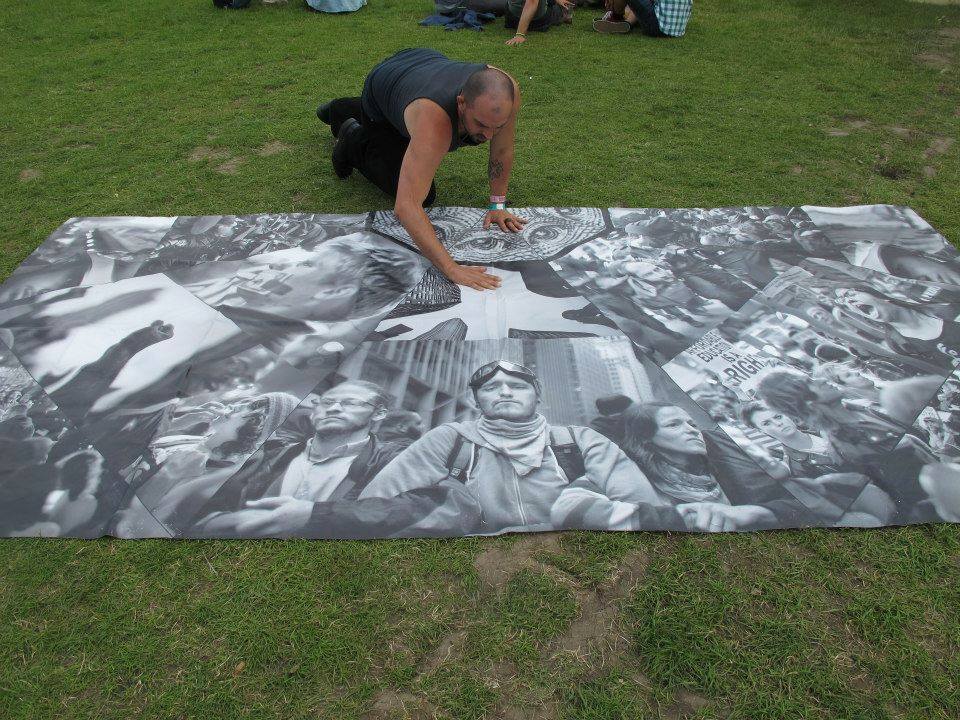 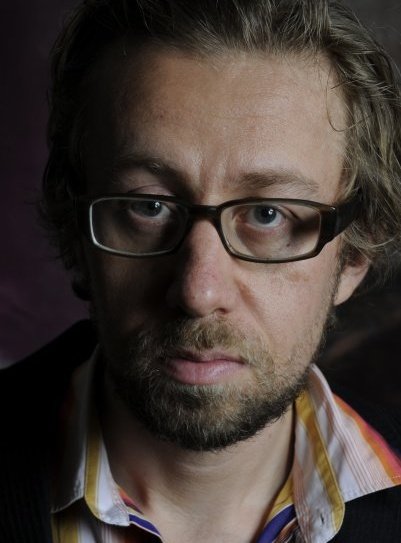 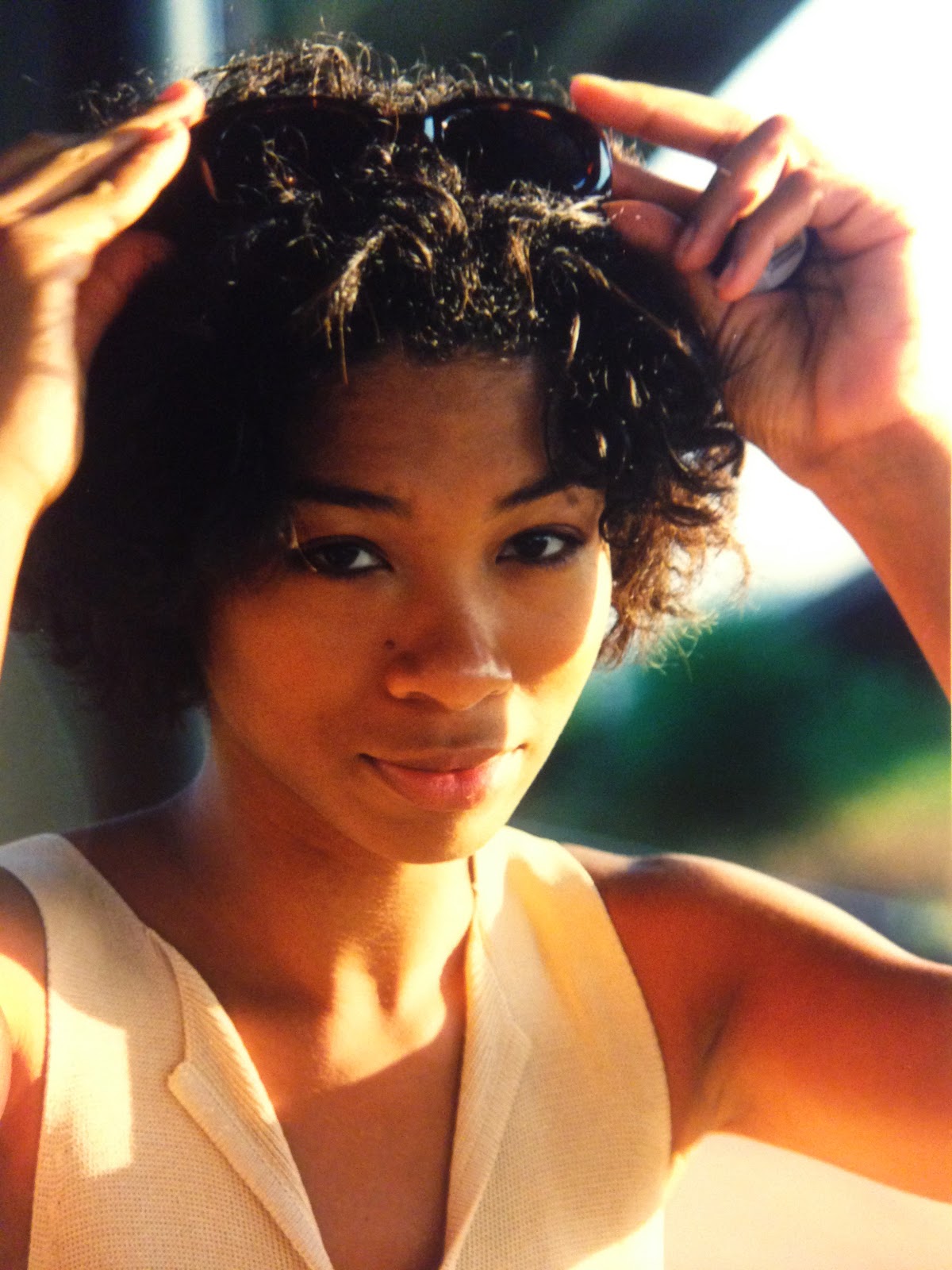 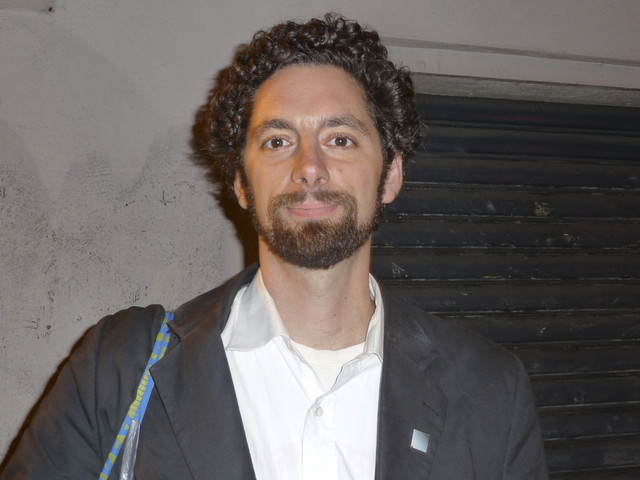 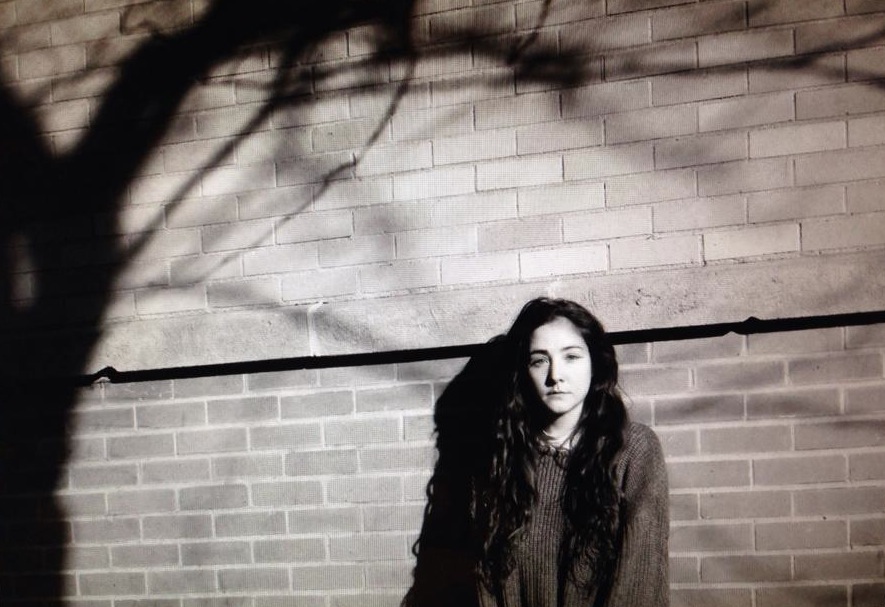 Gabriel Don  is a multidisciplinary artist or Renaissance woman who works in a variety of mediums.More about Gabriel HERE 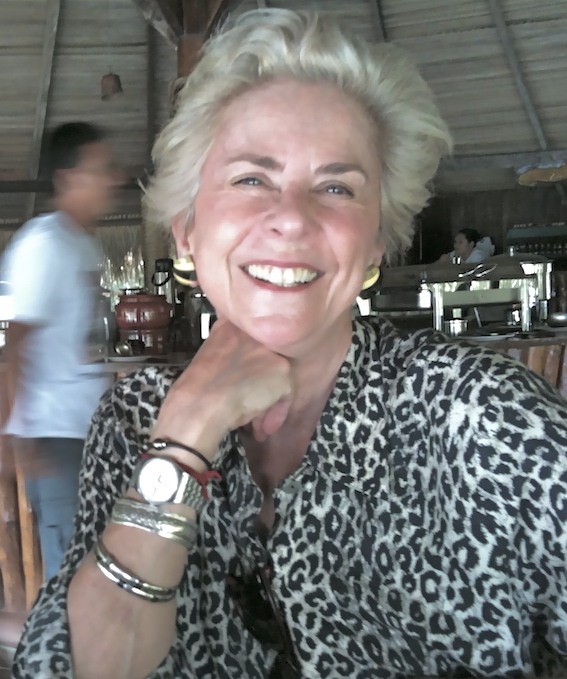 The Moderator of the panel debate on April 18th at Gershwin Hotel will be hosted by Katherine Jánszky Michaelsen,  a professor in the History of Art Department, and chair of the Master of Arts program in Art Market: Principles and Practices at the Fashion Institute of Technology, SUNY. More info HERE. 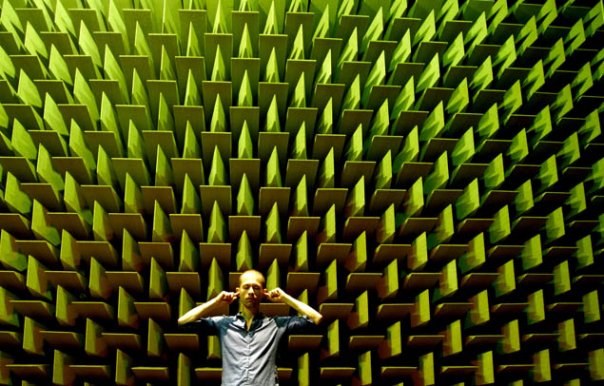 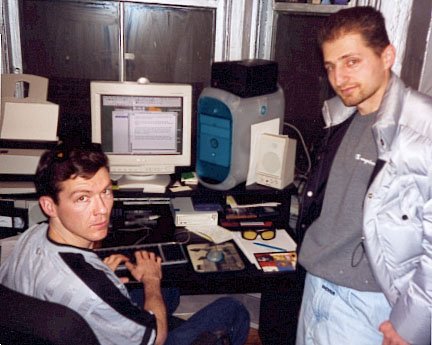 The New York Artist John Lohse and Energy Raiser Mislim Ruci are part of the New York angle of the Triangle, and have collaborated in making Part 11, and many other things happen. 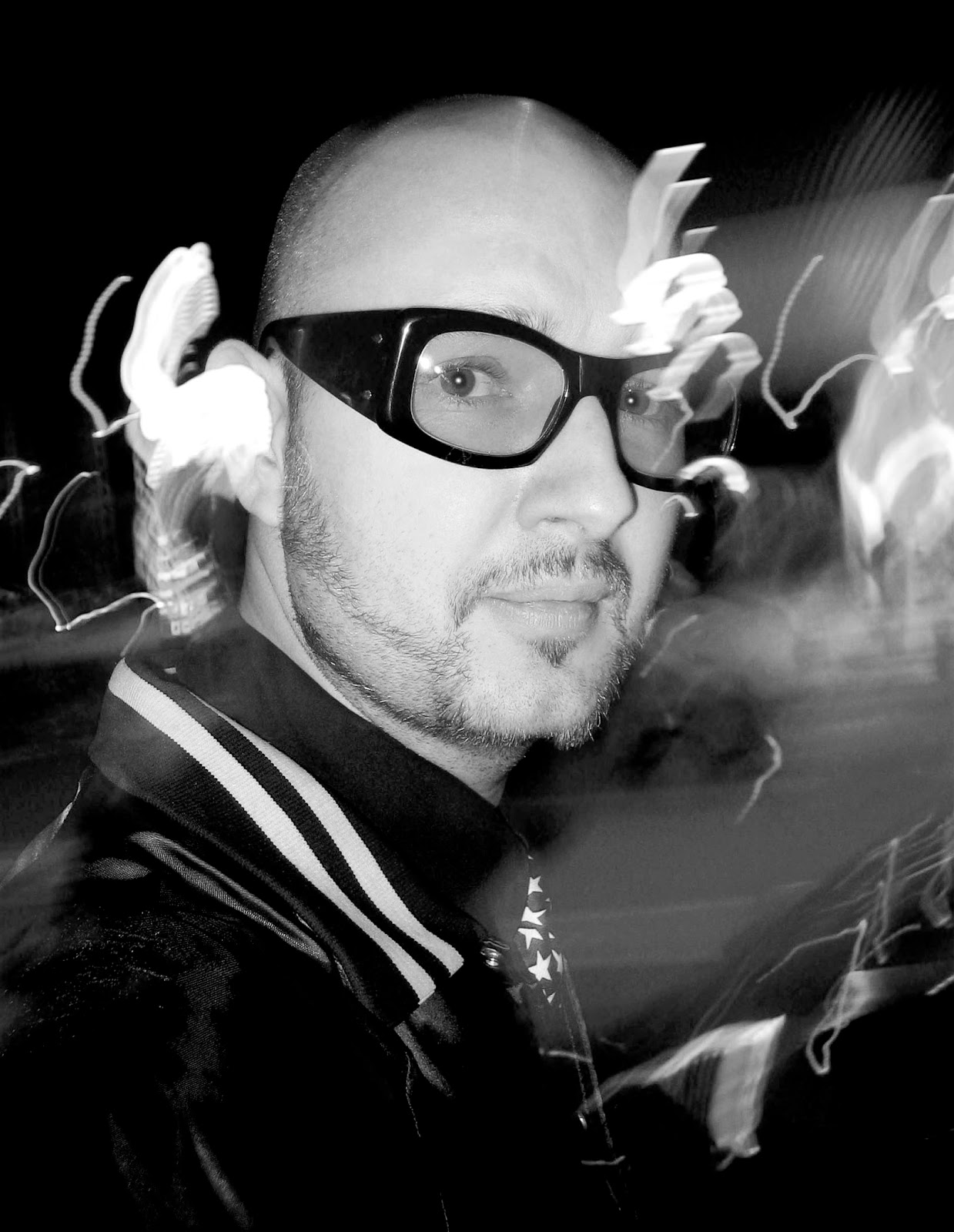 The Danish artist Jacob Fuglsang Mikkelsen, who is the facilitator and initiator of The Triangle Project. 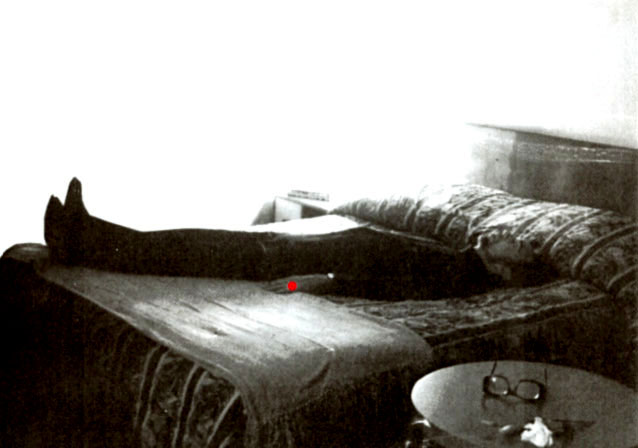 The event on April 18th is hosted by Neke Carson above, who have inspired to the conceptual thinking to The Triangle Project and have been involved with the project since 2008. 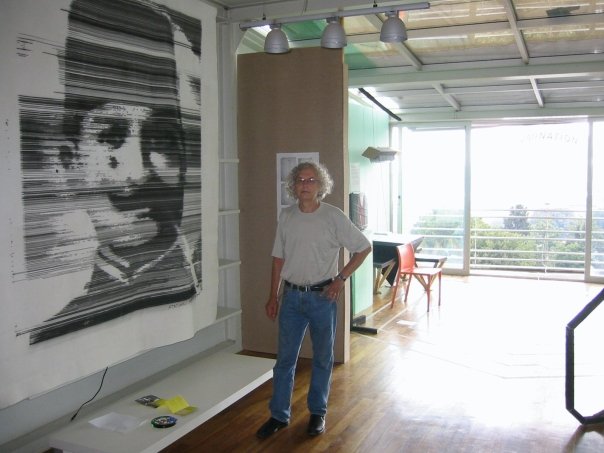