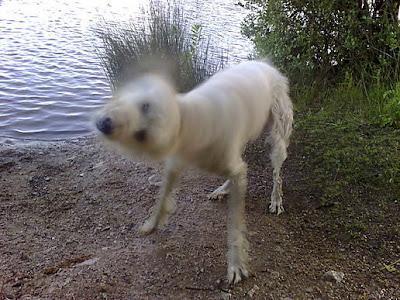 Islak Köpek’s original lineup of Korhan Erel (computer, electronics, melodica), Şevket Akıncı (electric and acoustic guitars), Volkan Terzioğlu (tenor saxophone) and Volkan Ergen (percussion, computer processing) had their first performance in the summer of 2005. Following a series of performances at Galataperform and Jazz Cafe, Dirk Stromberg (electric guitar) and Robert Reigle (tenor saxophone) joined the band in January 2006. The six-piece band played regular gigs at Galataperform as well as other venues and also did some recordings, some of which released as their first album at the end of 2008.

Volkan Ergen left in the summer of 2006 to pursue other musical interests. The five-piece band played at Transit Improvisation Days with Le Quan Ninh and Kirstie Simpson, and Yanaël Plummet in June 2006, followed by a sold-out concert at the Akbank Jazz Festival in September 2006. Dirk Stromberg left the band because of teaching opportunities in Vietnam in 2007.

The remaining four members continued playing venues and making recordings, particularly with musicians such as Richard Nunns, Christian Asplund, Olivier Germain-Noureux throughout 2007 and 2008. They performed at the Body-Process festival A.M.B.E.R. and the second Transit Festival. The band also performed and continues to do so with guest improvisors from the flourishing Turkish scene, such as Umut Caglar (proprietor of the first Turkish free jazz/improv online label www.rekonstrukt.com), Florent Merlet, Alex Toisoul, Jose Blasco, and David Brosset, all members of the Turkey-based French improv band Have You Seen My Bird.

2008 saw the joining of Dilek Acay on violin, who has been a steady member until her departure for studies in Germany end of March 2009. Kevin Davis on cello is a permanent member as of February 2009.

Islak Köpek have been doing a show on free improvisation and free jazz on Açık Radyo since May 2006, where they interviewed musicians such as Christian Asplund, Richard Nunns, Chris Cutler, and Kevin Davis. The band members performed in different combinations, including other artists in Turkey, the Netherlands, Romania, France, Belgium, Poland, Austria and Germany.

Islak Köpek have released their first album in November 2008 on A.K. Müzik (www.akmuzik.com). The album features live and studio recordings of the six-piece band in 2006. 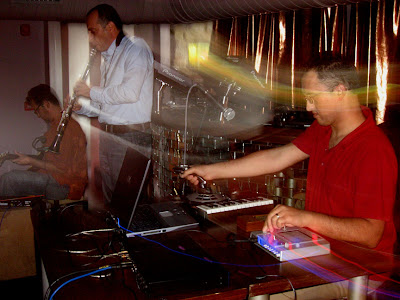 The Turkish name "Islak Köpek" means wet dog and was also part of the projects first installation in Istanbul 2007 during the 10th Istanbul Biennial and performed inside The Hall.