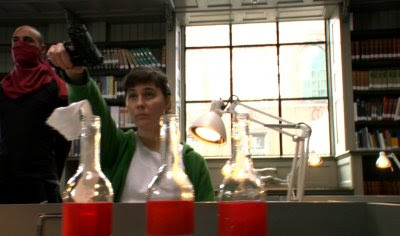 The central aspect of my works presents an undefined moment in time from where one can reflect on contemporary society. It is an almost dystopic vision, in which power relations, structures of society and behavioral patterns undergo massive breakdowns.

The works often depict sceneries revolving around an uncertain event that has happened or has yet to happen, a significant event, a collapse of the existing structures in society.

From this other space before and after the event, the potentiality to reflect on the world and human nature in new perspectives, arise.

The depicted Dystopia is therefore never a negative realm of pure stagnation but rather an engine for potentiality. It creates a space of pure potentiality and its characters are vessels of this, yet to be defined, potentiality. 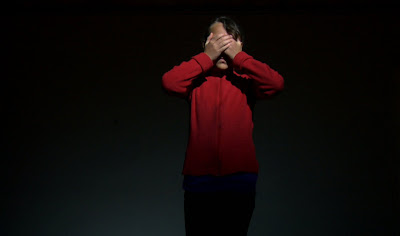 The works, often moving in the cinematic and fictive narrative, insist on a certain link to some form of surrounding “reality”. The scenarios are rearrangements of a given functional space; the performances present natural bodies; the choreographies become exercises and rituals in which the individual flaws penetrate the uniform; and the themes and issues at hand is to be found in the worlds political “reality”; a “reality” that is continuously challenged on the fragility of its own concept, by the metaphysical and the paranormal.

It is a projection into an unknown world of becoming, in sequences of time that seem to repeat and yet evolve, though always completely rooted in the present and in this presents perception of “reality”. In the words of Philip K. Dick: “Reality is that which, when you stop believing in it, doesn't go away."

The works draw on specific theoretical sources such as Foucault, Badrillard, Arendt, Ranciere and Badiou, but also psychoanalysis is used with references to Lacan and Zizek. Literary works of fiction also appear as sources of inspiration, numerous writers such as K. Dick, Bradbury, Orwell, Sartre, Hesse and Baudelaire. 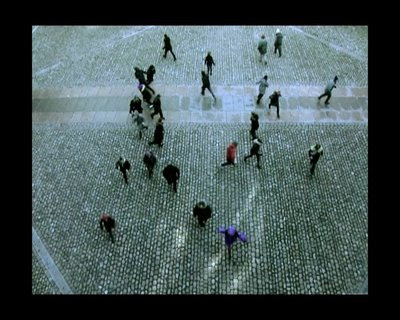 It is a meeting between a contemporary political “reality” and the power relations within it, and the fictive construction from where this “reality” can be flipped upside down and be seen in a new perspective that is the point of tension in my art project. 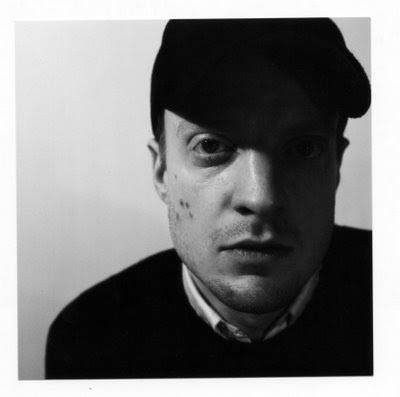