BABA ZULA IN COPENHAGEN FOR THE TRIANGLE PROJECT PART 2 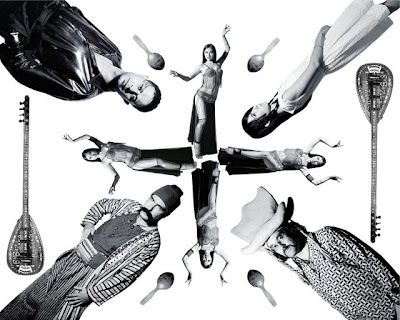 By mixing oriental instruments such as the darbuka, electric saz, and spoons with electronics and modern sounds, BaBa Zula creates a sound all their own called "Oriental Dub". While a ney can represent the past Sufi-Islamic tradition, and a clarinet is the symbol of the music of the Turkish gypsies-an electric saz together with a wooden spoon can serve as musical compass to Turkish musical roots going as far back as pre-Islamic, shamanic times, through Anatolia reaches all the way up to present-day Istanbul.Despite sounds that might initially come to mind when one hears the phrase "Oriental Dub", Baba Zula's music is in fact rock'n roll that rolls in a way that westerners haven't heard since the late '60s rock epoch. Baba Zula share their legacy with us through their music, a music born out of Istanbul and influenced by the memories of Istanbul passed on to them from generations past.


Baba Zula will play at INKONST in Malmö/Sweden on April 5th 2008, as part of The Triangle Project
Posted by Jacob Fuglsang Mikkelsen on 3/11/2008